A suitable perlite soil is the premise for the good growth of potted plants, especially for the succulent plants known as "lazy plants", as long as the perlite soil is prepared, it is only necessary to maintain good light and water 2-3 times a month.

If you want to buy best perlite for succulents, please click our products: Expanded Perlite for more information!

What is a succulent plant?

As the name suggests, succulent refers to those succulent and succulent plants. Professionally speaking, it refers to those plants with hypertrophic vegetative organs whose leaves degenerate in order to store a large amount of water. In horticulture, it is sometimes called fleshy flowers. It is mainly distributed in Crassulaceae, agastachyaceae, Euphorbiaceae, oleandeaceae, Liliaceae, apricotaceae, etc. 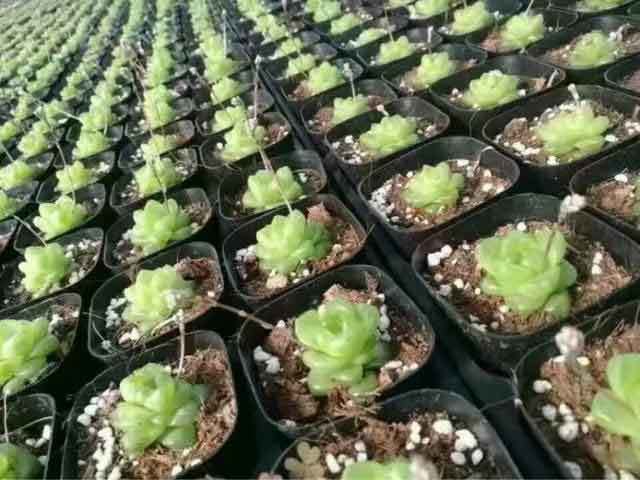 Horticulture perlite has light weight, strong water absorption and good air permeability, and has certain adsorption capacity. It can increase succulent soil fluffy, prevent soil hardening and increase the air permeability of roots. Moreover, horticulture perlite is also a relatively cheap light matrix, which has always been "inseparable" from peat and coconut bran, Most of the nutrient soils on the market contain a certain proportion of expanded perlite.

To cultivate succulent plants, not only perlite, but also coarse sand, Maifan stone, vermiculite can be used in cultivation. Except that full granular stone can be used alone in the stage of succulent reproduction (it should be moved to perlite soil after long root germination), succulent plants should be cultivated in combination with expanded perlite and fertile soil in other stages. 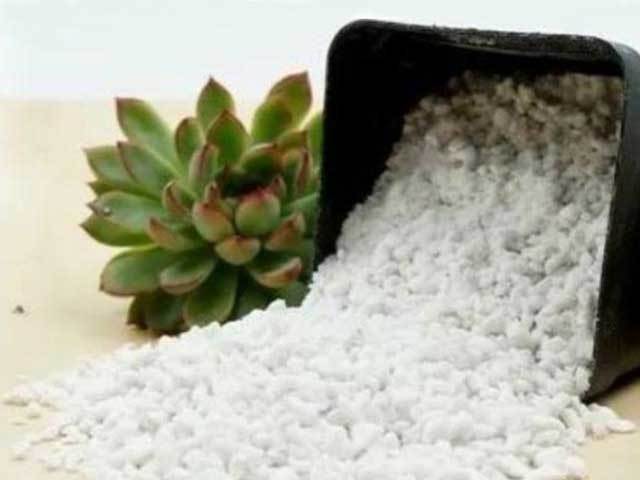 When we prepare soil, we only need to add more than half of the granular soil, which is very good, but the particles should not be too large, preferably 3 ~ 6mm. What is granular soil? For example, volcanic rock, iridescent stone, perlite and so on are OK, and cinder is also OK.

It is not impossible to raise succulents with pure granular soil. There are many people around us who use pure hematite soil, pure Maifan stone or pure vermiculite to raise succulents. However, full granular soil not only has high planting cost, but also has adverse reactions such as slow growth of succulent plants, long air roots of branches and stems, excessive heat absorption in summer and rapid water evaporation due to too single nutrients.

Therefore, in contrast, mixed succulent soil perlite are more balanced and easier to take care of. Perlite for succulents is a granular stone. It can adjust the soil to be loose, breathable and permeable. It is a good partner for succulent potted soil. It is a good thing to growing succulents in perlite, because more succulents is drought resistant and afraid of soil ponding, while perlite has good air permeability and water permeability, which avoids the situation of ponding and rotten roots in the succulent soil without perlite. 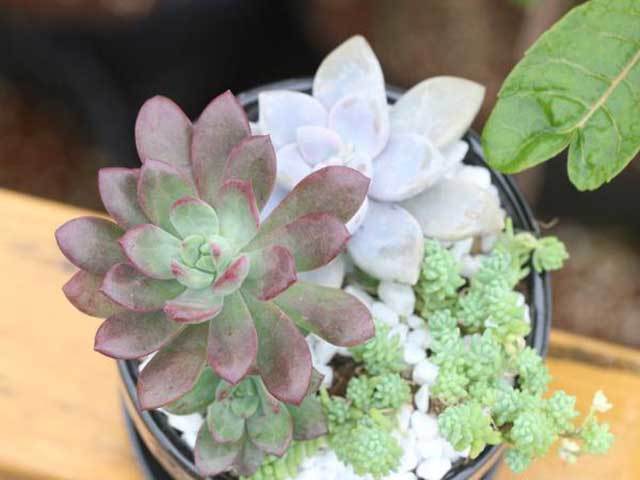 It is not recommended to use 100 percent perlite grow plants because perlite for succulents has no nutrients for succulents absorption. Over time, succulent plants will lack nutrients and grow slender. Like bean sprouts, it has no ornamental value. Although succulents has little demand for water and fertilizer, some succulents likes granular fertile nutrient soil and doesn't like the matrix of full granular stone. Therefore, when raising succulents, you should adding perlite to succulent soil and mix it with fertility soil.

Perlite to soil ratio for succulents

Most succulent plants are suitable to be mainly composed of peat, coconut bran and perlite, and then add 1-2 other particle matrix. The perlite to soil ratio for succulents can be properly adjusted at about 60% according to the growth stage of succulent plants and the development degree of roots. 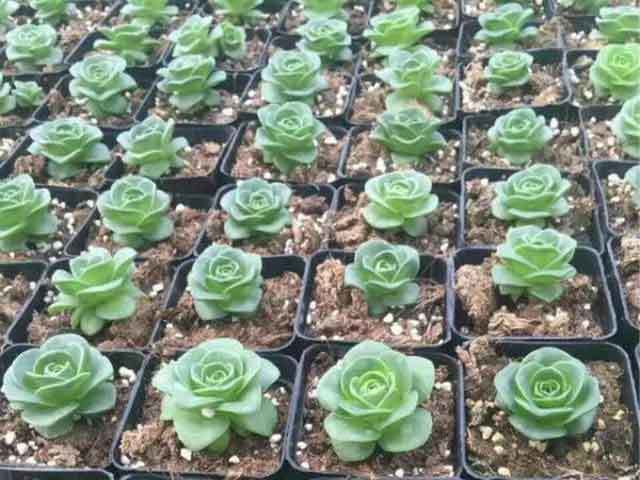 Expanded Perlite can be used not only as cutting substrate, but also for soilless culture, but generally not directly used to grow succulents. Although perlite contains certain mineral trace elements, it lacks organic matter, has strong water absorption, is easy to pulverize, and is easy to float after watering, so it is generally not used alone. Using coconut bran, maifan stone, peat moss and perlite for succulents can develop strengths and avoid weaknesses, and it is suggested that the amount added should not exceed 1 / 3 of the total amount of soil.

How to cultivate succulents with perlite?

Succulent plants are drought resistant and afraid of water and soil ponding. Once the soil is ponded, the succulents will rot and rot the roots. Succulent soil mix perlite can just adjust the soil to be loose, breathable and permeable, avoiding the phenomenon of soil hardening. The drainage of perlite soil is smooth, and the succulents will not rot due to stuffy roots.

Perlite in succulent soil can not only be used for the cultivation of succulents, but also be used as a paving stone. When a layer of perlite is paved on the surface of the plastic succulent pots, it looks clean and can improve the succulents value. Moreover, the perlite can also help the succulents to prevent tipping and avoid mosquitoes and ants on the pots surface. 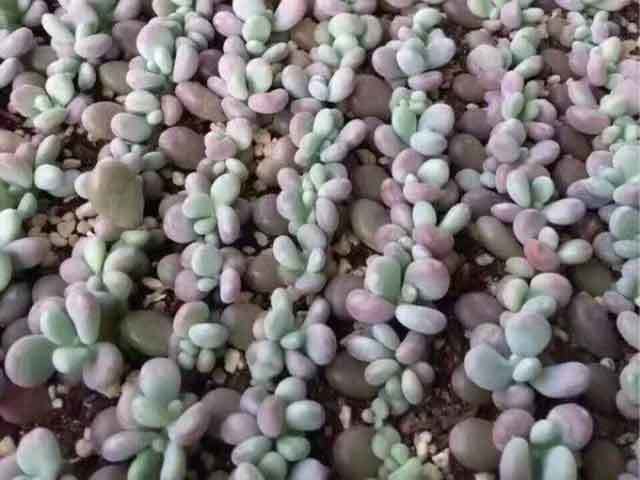 Perlite can also be of large particles. When transplanting and changing the pot for succulents, put it at the bottom of the thermoform pot, first pad the hole with window mesh, then fill in granular soil, plant succulents into the pot, and lay a layer of perlite or rice wheat stone to press the succulents root soil. The perlite is padded on the pot bottom to make the pot soil drain smoothly, so as to avoid the succulents in perlite occurrence of ponding, fleshy and rotten roots caused by soil blocking the pot bottom hole.

Comparison between perlite and other matrix

Peat soil is actually the soil deep under the swamp, which is formed by the accumulation of swamp plants. It is not only rich in nutrition, but also has good air permeability. However, because peat soil is easy to absorb water, it is easy to cause rotten roots if used alone to plant succulent plants. It is best to use it with perlite for succulents.

Vermiculite is the most commonly used soil for growing succulents. It has light texture and strong water retention. Chiyu soil is a product of nature. Its air permeability and drainage are very good. The only disadvantage is that it is easy to powder out after a long time. Coconut bran is the fiber powder of coconut shell, which is the by-product or waste of coconut after processing. It is a pure natural organic matter medium shed from the coconut shell fiber processing process.

There are many kinds of succulents and different breeding methods, but they are basically the same. They have many commonalities. They prefer to grow in sunny conditions. They should give enough sunshine in the growing season, avoid shade and exposure in summer, and more sunshine in winter, and turn the basin 360 degrees to make it receive light evenly. Potting soil and perlite for succulents is very important and its requirements; Good ventilation and drainage. 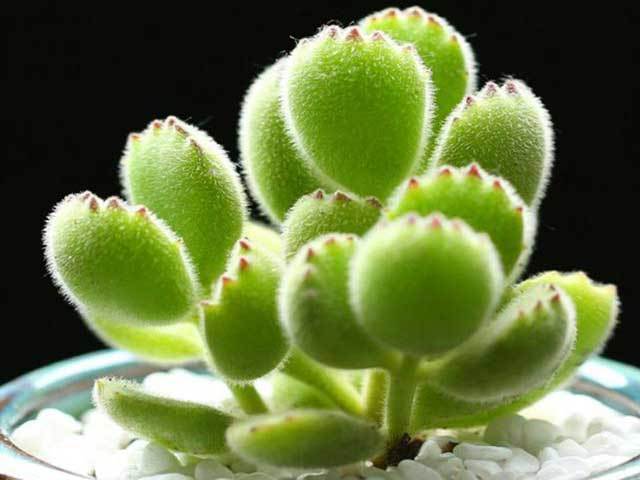